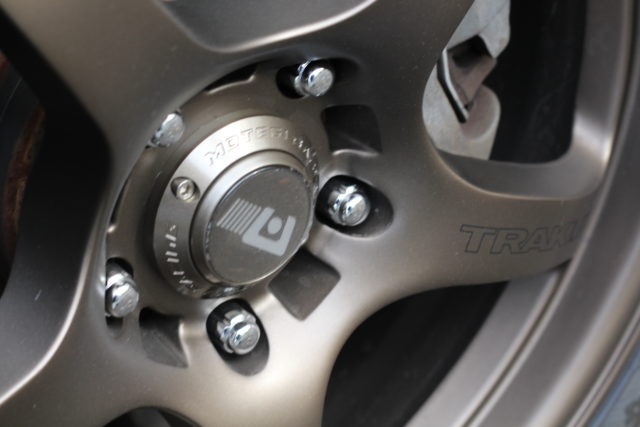 Hello, everybody! It has been awhile and for that I will apologize. As the year began to come to a close and I was happily pursuing my hobbies, real life decided to intrude on my spare time and that meant that I had to let FFG slide for a bit. A lot of things happened, some good, some bad, and some a little bit of both. But as we are in a new year, with new possibilities, I once again am able to continue with my hobbies and FFG will be ramping back up!

Over the course of last fall, I was able to record a number of projects that I worked on, but unfortunately due to time constraints I wasn’t able to edit any of the footage. First thing I am going to do is try to get all that footage edited and the videos released in a reasonable time frame. Now I won’t make any promises but as a good faith gesture I have already released a sway bar installation video (you can find that on the front page here and over at the Five Five Garage YouTube channel) and there will be more to come!

While I was on sabbatical from making videos, I was able to keep in touch through social media (if you aren’t following @fivefivegarage on Instagram you should. Sometimes I post things there about what I am working on at the moment. Also you should check out Five Five Garage on Facebook, I sometimes answer questions there, shameless plug), and one of the questions I get asked a lot, is about where to start when it comes to tuning the Mazdaspeed 3. I get asked this so often that I decided one of the ideas I want to work on for 2019 is putting together a set of blog posts that talks about just that. Originally, I was going to write just one big document, but it is so much information to digest, that I figured it would probably be easier to grasp if I broke it down into smaller chunks. That way I can give a bit more information on topics without the reader getting information overload. I have notebooks (literally, I keep a lot of notes) full of information that I found while researching what mods I wanted to do to my car. Hopefully readers will find it helpful when they decided to start tuning their own car!

As for 2019, I have some cool things planned. I think this is going to be the year that the Five Five Garage apparel site finally gets opened (I know, I said the same thing two years ago), I am finally going to get the Mazdaspeed 3 pro tuned (yes all of the boost!), and my project Miata is about begin a new chapter. It is going to be an exciting year around here!

I want to take a minute here to say thanks to all of you out there that take the time to watch my videos, subscribe to my YouTube channel, that ask me questions on Facebook, that follow me on Instagram, and follow my builds on Wheelwell. I appreciate your support and words of encouragement to continue on even when I get burned out sometimes and I just wanted to let all of you in the Boost Fam (yeah it’s going to be a catchphrase) know that it means a great deal to me that people want to watch a car nerd like me spin wrenches!

So enough with the warm feelings. I want to wish you all a belated Happy New Year. It’s 2019 y’all, it time to get it!