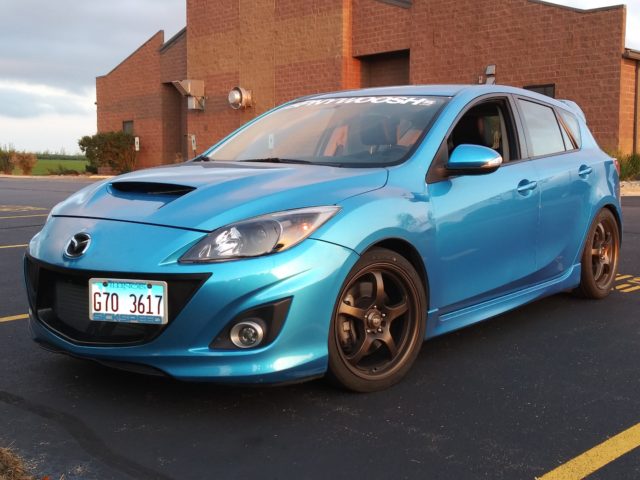 Well, another Summer has come and went, Monday is the first official day of the Fall, so I figured it would be a good time to reflect back on the things I did (and didn’t) get done this past season.

For those who may not know (or don’t follow my Instagram account), my summer didn’t exactly go as planned. Things did get off to a good start, I finally got around to installing the CX Racing intercooler kit that had been sitting in my garage since the early spring, I was able to get some other projects done on that car that were annoying me, and I was able to start outlining the projects for the Miata project. For the most part, everything was going according to the plan.

The situation took a turn after the Fourth of July. My mother, who was up until that point, very healthy, experienced a sharp decline. This turned into a harrowing situation resulting in her being hospitalized for a time. When that happened, my personal and family responsibilities increased in orders of magnitude, so much so that I had to put my hobbies and the channel on hold. Thankfully her health and the situation improved as the middle of August rolled around, she is no longer in the hospital, and I can resume working on my projects, creating videos, and writing content for you all!

Now, with Fall approaching, I realized that I am about two months behind on my schedule, and I need to play catch-up. There were some ideas that I wanted to pursue, but now the timing is bad so I am going to have to push them off until next summer. At first, I was a bit disappointed that I wouldn’t able to do them this year, but after recollection, the extra time will allow me to get the details right, so it is not really a bad thing after all.

As long time readers of my blog posts know, I like to lay out a roadmap of things I am working on, and trust me, I have a LOT of things still to work on!

The quest for more boost continues! I have a couple of project ideas for the Speed 3 I would like to take care of before the weather turns cold. There are a couple of maintenance items I need to take care of, as well as a review video of all the work I have done so far. It has been a long time since I have done a review video (last time I did one was Nov 2017, oops!) and the car has had some pretty significant changes since then.

Another video I can foresee being created is I have clunking in the rear of the car and it is getting worse. I have checked everything and torqued/retorqued all bolts, but the noise persists. I think one of the Moog end links has bit the dust, so now I am researching alternatives. I know there are some subscribers that have asked me about Whiteline end links, so I am researching those, as of the time I am writing this, I think I am going to replace the Moog set with a set of Mazda OEM links and see how it goes. I may do the fronts as well, the car has over 65,000 miles on it now and they might be due for replacement.

Since I have made the car significantly faster than its stock form, I will be looking into the brakes as well. One benefit is that Mazda gave the Speed 3 more brake that it needed. Most of the time you can swap to better fluid and a better grade of brake pad and be fine. I have been looking at Wilwood calipers for an upgrade for the street cred. There is also some parts from Damond Motorsports I want to take a look at as well.

While I took my hiatus, the Miata didn’t get driven much. I originally lamented the fact that it sat in my garage and it wasn’t able to enjoy the summer sun. In retrospect, that was actually a good thing. While it sat, it developed a leak, a leak that any other time I would not have found, because the car was being driven. The previous owner changed the clutch, I remember that fact distinctly because I said to myself “That will be one less thing for me to worry about”. What I should have asked (thanks to Greg @thecarpassionchannel, if you own a Miata you NEED to watch it on YT) I should have asked if the rear main seal was replaced.

It was not replaced.

I had been chasing a gremlin with the Miata and its voracious consumption of oil for some time now. I bought a compression tester and the numbers were about right for a 23 year old engine with 168,000 miles on it, but were not showing the signs of the kind of consumption I was seeing. Leakdown test numbers were ok as well. So I was scratching my head trying to figure out why the engine was using so much oil. I had already decided to pull the engine this winter to rebuild it, but after the revelation of its extended garage stay, I can now sleep better at night.

On the project front, the Miata has LOTS of issues. Next year will be an interesting one, as the bulk of my content will be getting this car up to spec. I wanted to get started on a turbo build, but there are some other areas that I need to address first before I get to the fun stuff. The suspension needs rebuilt/replaced/upgraded BAD. The Megan Racing coilovers have been great and helped the ride quality a lot. The 23 year old bushings however are not. When I hit bumps, the car shimmies and the suspension jangles like I am walking around with pockets full of spare change. The motor mounts are completely shot, going into reverse is like sitting on a washing machine during the spin cycle. I have the usual Miata rust areas (2 small spots right in front of the rear wheels) that I need to take care of. So yeah, you could say things are getting serious.

But for you all it means you get more videos to watch!

Holy crap! Yes I am actually going to do some Trailblazer videos!

Since it is getting into Fall, the ol’ Trailblazer is going to start seeing more action. Amy and I are going to attempt to spend more time outdoors, so the vehicle to use will be the Trailblazer. There are a couple of additions I would like to add to make our camping/outdoor experiences easier and I thought I would share them with you all. Requests have also been sent my way asking for more TB stuff, and I am happy to oblige.

There are other things I am working on for the rest of the year and into the next. I received a Wacom tablet as a birthday gift, so I can start drawing again and creating some new designs for decals and t-shirts. I am still looking for a workshop space so I can expand a little and have more room for my projects and hopefully have room for a lift! Everything is starting to get back on track and I hope to be able to deliver content more regularly.

As always, I want to thank each and everyone of you that watch the vids, follow the socials, and read my ramblings. I appreciate the support!

This site uses Akismet to reduce spam. Learn how your comment data is processed.