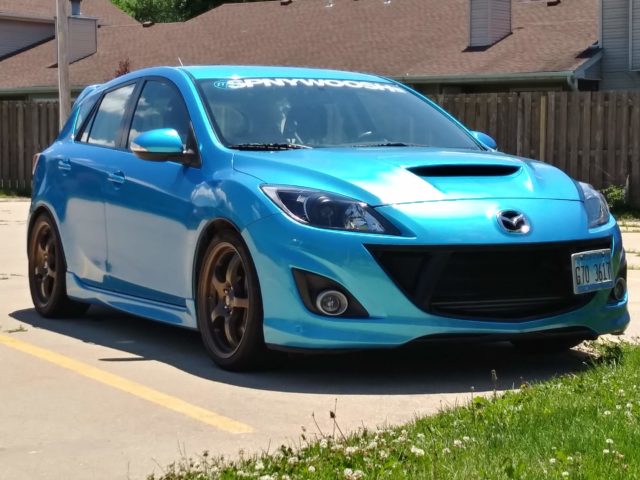 Things have been pretty hectic on this end since the beginning of the spring. I have finally been able to start working through the backlog of the parts that I had been hoarding over the winter and that means new videos! I want to say thank you to everyone that has watched, liked, dropped a message and subscribed. I noticed that I have passed 1,800 subscribers ( woohoo!! Almost to 2,000!!!) and I am still humbled by the response I receive from you all!

On top of creating new videos, I am going to get back to writing articles for this site more. There are some projects that are small in scope that wouldn’t make a proper video, but work great in article form. One example is the radiator cowl that I created for my Miata. I originally thought of creating a video about it, but I found that it was easier writing about it. A bonus to writing the articles is that I am able to get that content out to you all faster, so it is a win-win! On top of the various DIY articles, the Start-Up series will make a comeback and I am considering adding into tool/gear reviews. I have been asked about some of the tools and camera gear that I use in the creation of videos, and I think that the article format might work better.

The Mazdaspeed 3 is getting closer to being properly tuned. With the front mount intercooler now installed, I can work on minor tune-up items in preparation for the tuning process that I hope to have completed by the end of the summer. I plan on documenting the entire process, with possibly getting some time on the dyno. I will have to see how the scheduling works out.

After driving around for a bit datalogging my temps with the CX Racing core, I think that I am going to have to upgrade that sooner than I expected. I already knew that the CX Racing core would not be the most efficient, but from my preliminary findings, it is only slightly better than a stock TMIC.

I am currently researching whether to go with a Mishimoto core (I am looking at the M-Line Eat Race Sleep edition) or the TR8 from Treadstone. Either one will require the replacement of the crash bar (in the case of the Mishimoto, I will have to weld one up. JBR makes a crash bar for the TR8), which increases the price of the front mount setup, I will keep you all up to date on what I finally decided to go with.

The Miata Project is in hiatus right now. The motor has been giving me signs/warnings that its days are numbered, so I have been wallowing back and forth between performing a Honda K-engine swap into the car or buying/re-building a turbo BP 1.8L.

Anytime the terms “engine swap” or “turbo” are bandied about in a car project discussion, one can reasonably expect for the project budget to be rather large. After researching both projects (and the use of many notebooks) I have come to the conclusion that it will come down to a personal preference.

Weighing The Pros And Cons Versus My Bank Account

A K-series with light mods will get pretty close to the 300HP range (where I want to be power wise) without a lot of effort. I can also get a stock 1.8L to those numbers with a turbo (as Greg from The Car Passion Channel was able to do with his stock 1.6L) with a fair bit of work. Both of these setups will require a custom ECU (in the case of the K-series, Hondata. The Miata will have to run Megasquirt) so that purchase is a wash.

Right now, I am leaning towards the turbo build (as that was the reason I got the car in the first place, thanks to The Car Passion Channel series, Broke and Boosted), I have crunched the numbers and a K-swap is pushing close to $10K (the swap kit from K-Miata is half of that price before I find an engine) and I know I can build a good turbo setup for less money. Also, as I alluded to before, Broke and Boosted started my lust for a Miata, so it is only right that I create my own version of it.

There are many other things that need to be worked on before I can even start the turbo build, but I am looking to really dive into it once I get the Speed 3 tuning sorted out. I am looking at starting sometime this fall.

There is a lot to keep me busy heading deep into the summer! On top of the project cars, I have decided to update some of the designs on the Spreadshirt site. Speaking of the Spreadshirt site, I have modified the shop link on this website to open the shop here instead of a separate window. I am pretty proud about that development, I am learning new things all of the time! I also plan on designing a new set of decals, so hopefully those will be dropping soon as well.

I hope you all are able to work on your projects, putting those final touches on before you hit the strip/track/car show. Stay cool, drink lots of fluids, and enjoy your summer!