As part of my crusade to keep the cylinder head valves clean in my Mazdaspeed 3, I added parts that would aid my quest for crud free valves. After cleaning, I added an oil catch can and PCV plate setup from Damond Motorsports. That configuration helped to keep the oil vapors and particulates from collecting on the valves by trapping and catching the vapors in the can before they can be released back into intake system. But that is only a part of the solution and to handle the next step I contacted James Barone Racing to order a EGR Delete kit. But why would I want to delete the EGR from the car? For that matter what does EGR do? Allow me to explain. 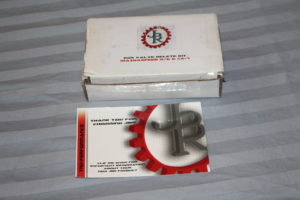 EGR or Exhaust Gas Recirculation, does exactly what it sounds like. It introduces a portion spent exhaust gases (usually 5% to 15%) back into the combustion chambers to be burned off again during the combustion cycle. This helps reduce emissions and improves engine efficiency. For the most part it does the job well on most engines. For most Direct Injected engines, it introduces a problem. As I wrote in the oil catch can review, Direct Injected engines (in our case, the Mazda DISI) does not have a “wet” air/fuel mixture that flows past the valves on its way into the combustion chamber. When the EGR does its job and flows hot exhaust gases back into the intake system, there is not “washing” of the particulates and vapors off of the valves. Instead, they stick to the hot valves, where they begin to congregate until you valves are coated in a hard to remove oily coating, that will begin to erode the efficiency and performance of the engine until it is cleaned. Adding an oil catch can to the system will help, but to really take control of the situation, the EGR has to be removed.

For $30, JBR sends the EGR delete plate, along with new installation bolts, a copper coolant line fitting, and a hose clamp. For an extra $15 you can have the EGR block off kit added to your order which includes plugs for removing the EGR hardline as well as a plug for the intake manifold. Another perk of ordering from JBR is free shipping in the US, so any chance to save some money helps to buy more parts!

If you are curious about the installation, you can check that out in the installation video in the Install section of this site. It was pretty straightforward, but you will need thread sealer as well as some RTV for the block off plate. Other than that, everything fit as it should and I have had no leaks.

I have had this installed on the car for about a year now and I still have no other issues other than the check engine light code, but once I get a tune done I will have that taken care of. I am pleased with the kit and it was a well spent $45.